Hey guys :) I am trying something new here as I gear up for a more focused year. For the first time, I am delving into bundled books. Physical versions from CreateSpace and boxed sets will likely be ahead this year as well.

Containing the first five books of Steps to Submission, this bundle offers 50,500 words of Piper and Isabella’s early romance.

Servicing Isabella: Struggling to get a hold of herself and maintain some shred of control over her sexuality, Piper sets some boundaries for what she’s willing to do when ‘helping her roommate out’. Isabella seems to accept her limits, but the gorgeous blonde always eventually gets her way…

Piper’s Submission: As the one-sided nature of their relationship becomes increasingly apparent, Piper begins seeing through Isabella’s manipulations… but being used and controlled only seems to turn her on more.

Loving Isabella: Weeks further into their one-sided relationship, Piper feels closer to Isabella than she ever thought possible – even gaining brief glimpses through her masks into her true vulnerabilities and motivations. She decides to get serious about their relationship, but Isabella might have other plans…

Catching Isabella: After weeks of being at Isabella’s beck and call for increasingly degrading meetups, Piper has had enough. She decides to stand up to her gorgeous roommate, but certain surprises may bring far bigger breakthroughs in their relationship than she expects.

Content advisory: contains strong themes of domination and submission, first times between girls, and a long, salacious buildup and payoff.

These are Parts 1-5 of “Steps to Submission”, following Piper’s descent into sexuality and depravity at the hands of her roommate.

Get Steps to Submission Volume 1 now at:

Amanda’s never really felt comfortable with romance, until, one night, it happens: she and her best friend Mary get drunk together and have sex. The only problem is, Mary has a boyfriend, and the sheer passion of their secret affair complicates both their lives. It’s up to Amanda to overcome the hurdles of life as she deals with a certain profound realization about herself.

Content advisory: contains scenes of sex between women, lesbian romance, and strap-on use. 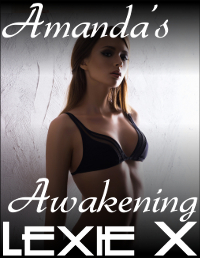 Get Amanda’s Awakening now at :

Leslie’s a photographer’s assistant, and the models she sees regularly are some of the worst kinds of people—no, that’s not fair. It’s really just one in particular: Anya, a thin, leggy, and gorgeous brunette from overseas. Anya’s torturous teasing is inexplicable, at least until the two girls find themselves drunk and alone at the party after everyone else has gone home. Suddenly, animosity turns into something else… and Leslie discovers a new dark and domineering side of herself that only Anya can bring out.

Content advisory: contains strong themes of domination and submission, sex between women, and and anonymous sex. 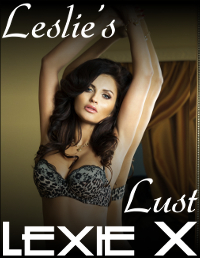 Get Leslie’s Lust now at:

The post for this one is a little late because I’ve been travelling, but the book has been up since Friday! It’s also even longer because I had a lot of fun writing it :)

Jill’s had a crush on a cam girl for the last year, and, now that she’s gone off to college, she runs into the very blonde she’s been lusting over for so long. Kenna’s a senior, but she takes the supposedly outgoing younger girl under her wing – and they both get more than they expected.

Get College Crush now at: